This event has passed.

Driven in part by their personal interests and circumstances, as well as by the times in which they lived, these women participated in the arenas of architecture, interior design, landscape design, botany, horticulture, agriculture, and scenic preservation.

As a result, at various points in the country estate’s history, its structures and landscape features were held up as models worthy of national recognition.

Kate (Kathleen) Eagen Johnson is a freelance curator and museum consultant, writer, and lecturer at HistoryConsulting.com. From 1993 to 2011, she served as Curator and Director of Collections at Historic Hudson Valley, a museum which administers National Historic Landmark properties. Her work there included co-authoring 10 online programs exploring the history of Montgomery Place, part of a larger project funded by the National Endowment for the Humanities which she directed.  She currently writes for Antiques & the Arts Weekly among other publications. Her book The Hudson-Fulton Celebration: New York’s River Festival of 1909 and the Making of a Metropolis won the New York City Book Award for History. 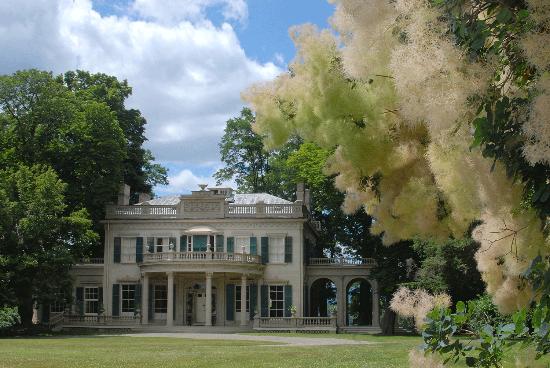